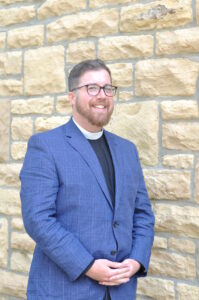 was called to St. John’s to be the Rector in the spring of 2011 – and as he describes it, coming to St. John’s was like “coming home.”  As the priest in charge of the parish, Jered oversees the operations of the church, the staff, the finances, and fundraising, as well as the spiritual life and care of the congregation.  Jered also preaches regularly, teaches, celebrates the Eucharist and presides at other worship along with our associate rector, does regular pastoral care, and chairs vestry, the lay governing board of the parish.

While Jered relishes all the opportunities that leading a congregation like St. John’s presents –  setting a vision, connecting members to their own individual callings, and cultivating the mission of the church – his deepest passion is walking with people as they discover the depth of God’s love for them in their relationship with Jesus Christ, and helping them unlock how they can share that love and relationship with a hurting world.  You might want to connect with Jered to talk about life transitions (weddings, funerals, baptisms, confirmations), to discuss your vocation or sense of calling, to confess or to receive pastoral counseling.

Before moving to Minnesota, Jered served at St. Alban’s Episcopal Church, which is located close to the National Cathedral in Washington, D.C.  Previously, Jered also served at St. Paul’s Chapel at Ground Zero and Trinity Wall Street in New York City.  While in New York he received his Master of Divinity from The General Theological Seminary.  Jered and his wife Erin were sponsored by the Episcopal Diocese of Olympia in western Washington, to serve as missionaries with the Episcopal Church’s Young Adult Service Corp in northern Taiwan.

Jered was born in Bemidji, Minnesota and moved when he was six to Prince of Wales Island in southeast Alaska where he would grow up and graduate from high school.  Jered received his bachelor’s degree from Greenville College (Greenville, Illinois) where he studied Communication and Religion, ran track and cross-country, and (more importantly) met and married the love of his life, Erin Weber-Johnson.  They have two very energetic and quickly growing boys Jude (b. 2009) and Simon (b. 2012). 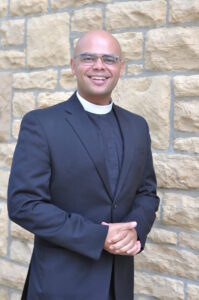 is delighted to serve at St. John’s as the Associate Rector. Craig provides oversight of St. John’s Pastoral Care, Liturgical, and Faith Formation ministries, and shares in the responsibilities of preaching, teaching, as well as officiating and celebrating at our various liturgies. He serves on the Episcopal Church in Minnesota’s diocesan Racial Justice and Healing Formation Team.

Craig has served as the founding Director, Chaplain, and Vice Chair of the Board of Directors of Circle of the Beloved – an intentional community for justice-seeking leaders in their 20s committed to spiritual discernment and cultivating kinship across all lines of difference as decolonial, antiracist followers of the Way of Love. Craig holds a Master of Divinity degree with a concentration in Theology and the Arts from United Theological Seminary of the Twin Cities, a Master of Music degree with a concentration in Music of the Baroque era from Indiana University, and is pursuing a Doctor of Ministry degree at Trinity College, University of Toronto.

Craig was born and raised in Zimbabwe, attended St. George’s College in Harare and graduated from New England Conservatory of Music in Boston. Prior to serving at St. John’s, Craig completed his Chaplaincy training at Abbott Northwestern Hospital and served as the Transitional Deacon and Curate of St. John the Baptist Episcopal Church in Linden Hills, Minneapolis. Craig loves Christian centering prayer, reflects daily on life’s joys, struggles, and gratitudes, and practices audio divina with scripture and music as a spiritual discipline. He is fascinated by Decoloniality, Intersectionality, Art Films, Zimbabwe, and Orthodox Iconography; and looks forward to fulfilling his dream of visiting Florence, Italy and retiring on the island of Zanzibar someday. 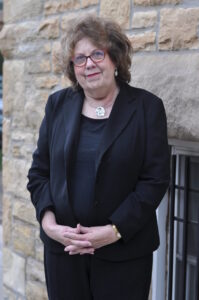 is St. John’s Writer-in-Residence. She preaches each month, contributes regularly to the parish blog, Epistles and Epiphanies, and writes profiles of parishioners for The Evangelist bi-monthly magazine.  She is also the coordinator of the OWLs luncheons (older, wiser laity) that are held three times a year.

Barbara has been a deacon in the Episcopal Church in Minnesota for more than 30 years and enjoys reading, gardening, spending time with her kids and grandchildren, attending theater productions, and watching films. She is the author of Finding Faith at the Movies (Morehouse, 2004). 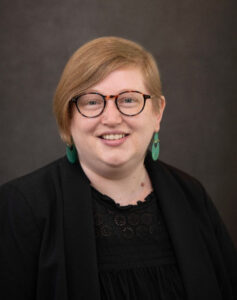 is serving her first placement as a deacon at St. John’s. Chelsea is clergy liaison for St. John’s Faith in Action ministries and their lay leaders, including Farmers’ Market/Fields to Families, the Creation Care Team, and our partnerships with Project Home, Give Us Wings/Kayoro, First Nations Kitchen, and Hallie Q. Brown Community Center. Chelsea also lives into her diaconal role through preaching regularly and proclaiming the Gospel and setting the table for the Eucharist. Chelsea is also a member of St. John’s Justice Team.

Chelsea earned a Master of Arts in Social Transformation from United Theological Seminary of the Twin Cities. Her formation for the diaconate was through the School for Formation, the Episcopal Church in Minnesota’s local clergy education program. She was ordained to the sacred order of deacons on December 9, 2022. Prior to arriving at St. John’s, she served as a diaconal intern at Saint Mark’s Episcopal Cathedral in Minneapolis. During the week, Chelsea works full-time as an Admin Specialist with Minnesota Council of Churches Refugee Services in Minneapolis, the local affiliate for Episcopal Migration Ministries.

Prior to coming to Minnesota in 2014, she spent three years in Atlanta, GA as a full-time volunteer, two of them as a fellow with The Road Episcopal Service Corps. Chelsea grew up in a working-class family in central Iowa. She attended Northwestern College in Orange City, IA where she graduated in 2011 with a degree in Music Ministry.

Chelsea enjoys traveling, exploring coffee shops and bookstores, cuddling with her two adorable cats Star and Guster, and re-watching Jane the Virgin. She lives with her spouse, Jeb Rach, in the Battle Creek neighborhood of St. Paul.