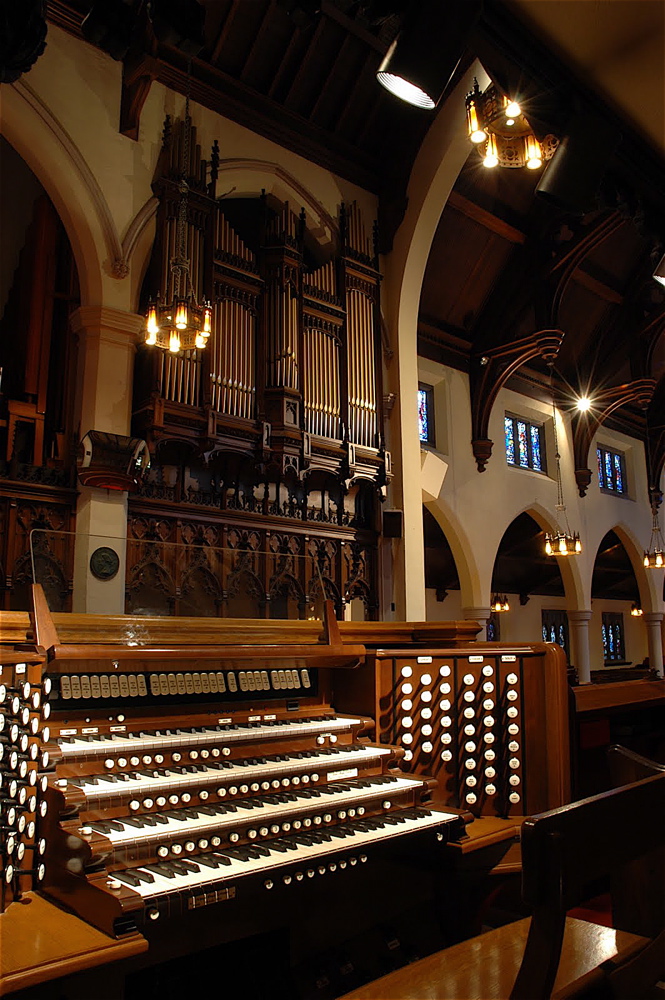 The first organ of any repute at St. John’s was built in 1911 by the Hope-Jones Co., but it lasted only eleven years. In 1922, Ernest M. Skinner, one of the country’s foremost organ builders, constructed a completely new four-manual instrument, including a small Solo Division. The Moller Organ Company was engaged in 1950 to revoice some existing ranks and to add additional ranks to the existing instrument, with mixed results. In 2008 the Schantz Organ Company was hired to restore the original Skinner as much as possible, to replace some of the Moller work, to add new ranks to the main organ, and to provide an antiphonal division on the balcony rail.

E.M. Skinner Organ
In the summer of 2008, work was completed on a four-year project to renew and restore our historic Skinner organ. The instrument was built in 1922 by E.M. Skinner, one of America’s foremost organ builders. The organ was updated in 1950 by M.P. Möller, and most recently by the Schantz Organ Company.  During the restoration, all of the pipes were cleaned and revoiced to restore the instrument, as much as possible, to its original esthetic. A number of new ranks were installed, including a new Antiphonal Division in the balcony. This four manual instrument now has 55 ranks and a total of 3,455 pipes in six divisions. The success of the Organ Renewal Project has ensured that our legacy of fine church music will continue for many years to come. We are grateful for the many generous donations of money and time that helped make this project possible.
The Schantz Organ is featured in Pipedreams (MPR program) Organ Profile.